Introducing the Second Edition of Farewell the Dragon

The Second edition is ready! The book is available on Amazon and other bookstore outlets.  Here is a bit of an introduction to the novel.

See what others are saying here. 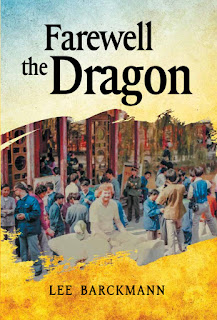 What is this novel, Farewell the Dragon (FTD) about and why should you read it?

Now in 2017, it is historical fiction, a slice of life from three decades ago, in a place and time unlike any we are likely to see again.

The Cold War was on its last legs, and just before the novel begins, Reagan had asked Gorbachev to "tear down this wall!"

China had just woken from the Cultural Revolution, and its scars are still fresh, but the anticipation big change was everywhere.

The events of Tiananmen in June of 1989 were still a couple of years away, but the clues to its genesis littered the scene. China was at the apex of Dong Xiaoping’s 改革開放; Gǎigé kāifàng; literally: "reform and opening-up" policies. Westerners with liberal arts educations were welcomed to teach with almost complete freedom, to travel, to socialize and even, if they were careful and used discretion, to love.

China was, technologically, (compared to the West) still in the 1930s. At the university where I worked, in Beijing, there was one telephone on campus, and the easiest and fastest way to quickly communicate with the outside was to send a telegram. There was one shower house, that nearly everyone had to use, for the entire faculty/foreign student side of the campus. Mass media consisted of one or two TV stations that constantly reran shots of factories, that appeared to have just been cleaned, with neatly filled bins of indeterminate raw material being dumped into recently polished cauldrons, all managed by nervous technicians dressed like Chicago meat cutters expecting a visit from the FDA inspectors. The voice over, a monotone staccato, probably spoken by unsmiling young women in clear-framed glasses and loose-fitting dull blue pants and blouse, praised local officials for raising production for the tenth year in a row. Then, in mid-sentence, the video would jerk to a painfully awkward ribbon cutting ceremony, where portly middle-aged men in Mao jackets applauded each other...

The first thing I noticed living with authoritarian propaganda is that the more governments lie and oppress free expression,  the more people will value the truth, any truth. As a foreign teacher, I was exempt from the petty Party induced paranoia that my Chinese students and colleagues had to endure, and was greeted with universal warmth and goodwill. The freedom I had, to teach what I wanted and spend my free time as I wished was the dream of everyone around me, colleagues, students, and the campus workers. My existence was a model, a thumb in the eye of the party that had decided to endure for the sake of Deng Xiaoping's grand policy statements.  It was a huge responsibility, and I squandered it with proper elan and panache to the delight of the audience that was almost always cheering. This open-door gilded cage I lived and worked in had the effect of burning out the western cynicism that I had carried around with me before coming to China. For the first time in my life, I felt like everything I did really mattered.

Thinking back, I realized I had never been so close to the people around me, especially now when we can console ourselves with fake social media-driven lives. It is ironic that enforced isolation opens people up. The thrill was amplified by China itself because the incredible physical change to China, the make-over of the cities with endless skyscrapers of recent years had not begun. In the 80s, Beijing was still, for the most part, a flat, one or two storey city of alleyways, or "hutongs". But the psychological change was already rolling through the city like a slow moving tsunami. Clothing styles were morphing overnight. Mao jackets and blue work jackets were changed to blouses, skirts, and jeans. Arrogant attitudes and sexually tinged postures were being tried out, basement dance clubs started appearing in the outlying reaches of the city, reverberating with nasty metal-rock from cheap Taiwan-made boomboxes. Secret clubs for foreign businessmen and their special Chinese friends were rumored to be opened at certain hours on certain days. The feeling was electric and affected everyone, from students to workers, and the Party itself. Foreigners were becoming more numerous and you could see the effect it was having on the Chinese people.  But the oppression of the Cultural Revolution still held sway, psychologically if not in fact.

The FTD story takes place between August and October 1987, primarily in the university section of Beijing, in the northwest corner of the city. The main character doesn’t really want to leave China but circumstances are making it increasingly inevitable. Nathan Schuett, a former liberal American Democratic party political operator in his mid-thirties, has put himself into a fix by quitting his teaching job before securing the next one as a software businessman. Worse he has allowed his romantic life to become too complicated.

But when he finds the nearly naked bodies of two university colleagues, both shot, things really begin to spin out of control. A West German woman and Hungarian man who may or may not have been romantically linked lay dead in her apartment, where Nate looks briefly for clues to a crime that no one seems to want to solve.

Nate is a man of his generation, a man who understands women’s liberation to mean sexual liberation for himself. Thirty years previously, in the 1950s, and thirty years later, (now), he would be seen for different reasons, as a disgusting philanderer. But the eighties, the disco-cocaine years before AIDs, was the high watermark in male-centric promiscuity. As Rodney Dangerfield put it at the end of Caddie Shack. "We're all going get laid!"

The double standard still applied though. He suspects that his American girlfriend has returned to the US in order to have a tryst with her former beau, and he intends to use the time apart to get his own. The authorial inspiration for his outraged jealous lust was partially inspired by Sir Harry Flashman, a bounding 19th Century Englishman, made famous in George McDonald Fraser’s Flashman novels. Flashman sees any sexual opportunity in the same the way that a Bedouin crossing the desert sees an oasis. Flashman, who also had a romantic adventure in China in one of the novels, (see “Flashman and the Dragon”), was the hilarious fictional epitome of “white Privilege”, and Nate was consciously meant to be his fictional descendant.

Flashman and the Dragon

The other literary inspiration for FTD was Victor Selgalen’s novel “Rene Leys”, a much under-appreciated tale of the last days of the Qing Empire, the story of a young Belgian man who comes and goes, in and out of the inner chambers of the Forbidden City. 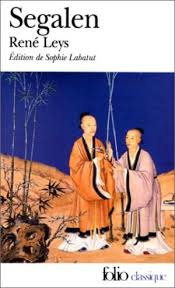 Rene Leys
Nate is an English teacher, but also an aspiring business man.  He was a seemingly reasonable and obliquely patriotic, if mildly left-wing American, surrounded mostly by students and officials on sabbatical from the Soviet Empire. By all accounts, Nate was a model teacher at the Beijing Foreign Language school. He can get by in the Chinese language but is no scholar. After finding the bodies, he tells his story to a couple of Beijing cops investigating the circumstances surrounding the deaths of the two foreigners. On the surface, it appears like a murder-suicide, or possibly a double suicide. But for some reason, Nate knows it is more complicated than that.

When not being interrogated, there are tantalizing anecdotes told over drinks at the Friendship Hotel bar to go with the endless gossiping about amorous escapades, bizarre encounters at an illegal Beijing Bordello, forbidden East/West love, as well as a cameo or two by some famous personalities of the era.

For Nate, China is a self-imposed exile from Reagan's America. Now, in January 2017, we are entering a new era that has echoes of the 1980s. Back then, a reactionary old white man with huge gaps in his apparent knowledge had been elected President, and he threatened to undo much of the liberal fabric of the country. During the 80s, the income gap had soared, labor unions were being decimated, death squads were supported at the edges of the American Empire and the rich and powerful were made more so. For those that don’t remember the 80’s, well, it appears we are getting a chance to relive those years (in Marxist terminology, the sequence occurred first as a tragedy, and now seemingly somewhat farcically). Maybe "Farewell the Dragon" will inspire more self-imposed exiles, which in the long run, will only bring the world closer together. Remember Dante wrote the Divine Comedy as an exile.

at March 03, 2018
Email ThisBlogThis!Share to TwitterShare to FacebookShare to Pinterest
Labels: China, My Fiction