Review of "Richard the Third" by Paul Murray Kendall 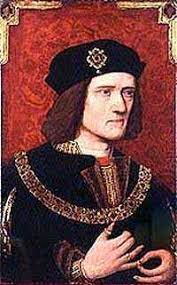 by
Paul Murray Kendall
Barckmann's review on Goodreads (5 stars)
May 17, 2021
I have been reading a great deal since finishing my most recent novel. Digging Around the Pandemic: The SwiftPad Extinction I will try to catch up in my reviews of what I have recently read.

I start here because of a personal connection. My last class at the University of Kansas before graduating in 1973 was an evening Shakespeare Seminar (wine and beer were served) led by Dr. Paul Murray Kendall (at his house). It was the most inspiring university class I ever took. Dr. Kendall was funny, a great teacher, he made us talk and write and he drew us into Elizabethan London. He made the plays come alive. Sadly, that class was the last one Dr. Kendall would ever teach, as he died of heart failure in the summer of 1973.

I only recently read his masterpiece, the biography of Richard the Third. It was a treat to "hear" his voice again! Kendall digs into the minutia of Richard's life, and for late 15th Century England. He has sympathy for Richard. What's more, (I know first hand his deep reverence for Shakespeare), he disagrees with many of the Bard's depictions of Richard's character.

For instance, he disagrees with Shakespeare about Richard's marriage to Anne Neville, daughter of the Earl of Warwick, and widow of Edward, the only son of Henry the VI, both of whom were killed in a battle against the York faction led by Richard. In the play, Shakespeare wrote some of his best lines as he seduced Anne "Was ever woman in this humor wooed? Was ever woman in this humor won? I'll have her, but I will not keep her long." In actual fact, says Kendall, Richard and Anne were really in love, (and he did not seduce her in the morgue where her husband and father lay dead from their wounds, as the Ian McKellen production of the play showed). Kendall proves this to my satisfaction with evidence. As to the killing of the young Princes, well Kendall throws up some doubt as to Richard's guilt but does admit it was probable that he ordered it. In any event it is great history. As anyone who had tried to untangle the complexity of the War of the Roses knows, you can spend your life studying it and never reach the bottom. This was not "popular" history, but a strict, if highly readable, (as well as extensively sourced) academic work. If you want a great read about the end of the War of Roses, Kendall's "Richard the Third" maybe the best place to start.
at May 17, 2021 No comments:
Email ThisBlogThis!Share to TwitterShare to FacebookShare to Pinterest
Labels: Review